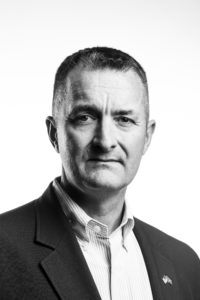 Steve McConnell of McConnell Law LLC has over twenty-five (25) years of litigation experience and is admitted to practice in all Georgia Superior and State Courts. He takes pride in his firm’s effectiveness and the personal service given to his clients.

His primary focus of practice is in the area of personal injury and wrongful death, products and premises liability, and general tort litigation. He also has proven success representing state and local Law Enforcement Officers and First Responders who are injured by third parties in the line of duty.

Steve has been rated by his peers as AV, the top designation available by legal publication Martindale Hubbell. He has also been selected as a Georgia SuperLawyer- which is limited to no more than 5 percent of attorneys in the State.

He regularly practices in State and Federal courts at both the trial and appellate levels. He has also assisted numerous clients in resolving matters before arbitral forums such as the American Arbitration Association, and has successfully mediated a wide variety of civil cases throughout Georgia

Steve is a retired Colonel, U.S. Marine Corps, Reserve. He previously served on active duty as a Marine Corps Judge Advocate where he prosecuted cases as a Special Assistant United States Attorney, and deployed for Operations Enduring Freedom and Noble Eagle as the Staff Judge Advocate for the Marine Corps Central Command’s expeditionary anti-terrorist camp in the Horn of Africa.